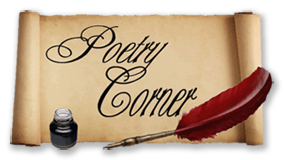 Poem: A Man After Gods Own Heart

Next Poem: Don't be Afraid

A Man After God's Own Heart

If someone were simply to ask you,
What's the greatest thing you can do
To leave your mark for eternity
When all of your life is through?

What would be your answer?
What tribute could there be?
What thought would honor God the most
When He your name would see?

I believe the greatest thing
God could yet impart,
Would be the words, This child became
A man after My own heart.

This, My son or daughter,
Found a touch of the divine,
Because within that life there beats
A heart shaped just like Mine.

A heart that grew to stand in awe
At what His God had done;
A heart that lived for just one thing:

Than see My Spirit grieved.
He may not have found greatness,
Nor heard this world's acclaim;
The greatest thing to him was just

To bear his Master's name.
Would you like to please the heart of God?
Beloved, here is where you start:
Quietly ask God to make you
A man after His own heart!