Previous Lesson:
How Would You Like To Start Over? (1201A)

Next Lesson: Freedom From Bitterness (1202A)

You have in your basket. Click "Your Order" to complete checkout when you have added all your items.

Warning: This page is a PREVIEW and is NOT completely functional. DO NOT ATTEMPT TO ORDER FROM THIS PAGE. Click here to use the non-preview version to order.

Lesson Summary: God has clearly defined in Scripture what it is we have to be guilty of, who's to blame, and what to do about it. Satan, on the other hand, has created a cleverly disguised counterfeit of the real thing. This lesson teaches us what is true guilt, and what is false. It also teaches us how to deal with guilt and how not to deal with guilt. We can be forgiven, and the God of mercy allows us to start over. 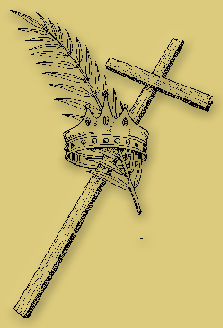 What kind of world do you think this would be if whatever we did in life we only had one chance to do? Suppose, if as a child, you hadn't walked the first time you tried, so you were told you would never get another opportunity to try; you would be destined to crawl for the rest of your life. Or suppose you hadn't learned to write the first time you picked up a pencil, and because you failed, you were informed that you would never have another chance. (I guess some of us write like we never got another chance) But can you imagine the state this world would be in?

The great composers would never have written music to stir the world simply because they hit a wrong note when they first began to practice. The football star who dropped a ball when he was four years old would never become a gridiron great. The artist who painted one bad picture would be banished from the canvas forever.

Of course, you say, that makes no sense at all. Life is not made up of instant successes, but of diligence, patience, and faithfulness. The artist who began with a picture that captured no one's fancy had to try again. The little boy who dropped the football kept trying until he learned to catch it. The musician kept practicing until he learned to do it right. Through getting up and starting over, each learned the secrets of a successful life.

They not only learned to perfect whatever they were trying to do... they learned as well that the character qualities that make man useful and create real success are borne of failure. The seals of success are engraved upon lives who never stopped trying... who, no matter how poorly they may have fared, simply, quietly, got up and started all over again!

In the spiritual realm, this truth rings out with even greater clarity. The entire plan and program of God is predicated on the fact that man has failed. That &#34all have sinned and come short of the Glory of God." The Scripture goes so far as to say "There is none that doeth good, no not one." The plan of God is not based on man's ability to succeed. The plan of God is called "redemption". It is a plan designed to redeem something or someone who could not in and of themselves make it. The Bible calls it "grace".

Even the believer is told again and again and again that he will not reach a stage on this earth where he will never fail again. "If we say that we have no sin", John reminded us, "we deceive ourselves and the Truth is not in us; If we confess our sins He is faithful and just to forgive us our sins and to cleanse us of all unrighteouness."

The believer is told to come to the Father in the name of the Son and confess his or her violations against the Holiness of God, and God, who is rich in mercy, will without fail, forgive and say "How would you like to start over?"

With that concept in mind, we began by asking ourselves that question: "How would you like to start over?" and by beginning to look at why God divided time the way He did, and how that division ought to help us know how and when to "start over".

In Genesis, chapter one, we learned that God began His creative work by creating two dramatic portraits, the sun and the moon, and by giving them specified roles in the division of a new element called 'time'. They were created for "signs, for seasons, for days, and for years." And we learned that, in essence, each was a sentinel set at the doorpost of a segment of life to give man a reminder and an opportunity to start life all over again.

He gave us days to grant us believable chunks of time to trust Him, (we learned in Matt 6) and to give us fresh new signals that His mercy was ours for the taking (as we learned in Lamentations 3).

He gave us years to put order in the larger scheme of things until time will be dissolved once again into eternity, and to stand as regularly divided intervals for the purpose of taking inventory of our life and worshipping God. There are other reasons, of course, but those are the ones we looked at in the last lesson.

So God gave us time and "new years", in particular, to give us an opportunity to take a deep breath, take stock of who and what we are becoming, make the necessary corrections, and ... start over.

I asked you in the last lesson to take this week just past and take inventory of your life; to call up from the computer of your heart a readout of those critical items that when short-changed tend to cause the whole life to be less effective. I gave you seven of them. In this lesson we will be looking at those seven check-points in detail.

The first step on our journey to new beginnings, however, included hooking up our spiritual pulses to one of God's Hope Scopes and seeing what kind of pattern our lives projected on the screen. We zeroed in on five particularly common patterns and asked ourselves

"Is that me?" Those five were these:

1- The "Peak 'n Valley" Christian: the man or woman who rides the roller coaster of intense discipline followed by apathy until life ceases to progress at all, but simply like that roller coaster covers the same territory, again and again.

2- The "Run 'n Rest" Christians: those of us who grow in spurts, then stop under a spiritual shade tree and take a siesta until one of life's crisis calls for a new beginning. "Run 'n Rest Christians" eventually grow, but waste time as though it were not a valuable commodity.